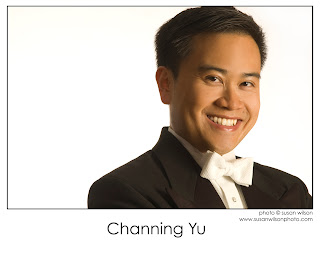 The American Prize is pleased to announce that the MERCURY ORCHESTRA, of Cambridge, MA, Channing Yu, music director and conductor, is the 2010 winner of The American Prize in Orchestral Performance (community orchestra division.) Congratulations.

Other finalists are not ranked in order, but will receive official certificates and adjudicated comments.

In making their decision, the judging panel praised the Mercury Orchestra for "obviously careful and thoughtful preparation...excellent interpretations."


Founded in 2008, the 97-member Mercury Orchestra (Channing Yu, Music Director and Conductor; Justin Albstein, General Manager) has a mission to bring great works of the symphony orchestra repertoire to Cambridge, Massachusetts, in live performances of the highest quality; to bring amateur orchestral musicians together in the Cambridge area to play challenging repertoire; and to educate new audiences about the rich traditions of classical music.
www.mercuryorchestra.org

Congratulations to the Mercury Orchestra, the Bravura Philharmonic and the Auburn University/Community Orchestra for their outstanding achievement, ranked among the finest community orchestras in the country.

More winners will be announced this weekend.
Posted by david at 5:01 PM