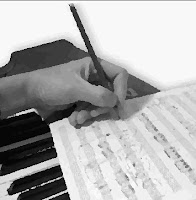 
2nd Place:
JOHN GRIMMETT—New York, NY
for
Rain Down the Ruin
JOHN GRIMMETT is a composer and author of plays, musicals, opera and poetry. His work has been produced and performed by the Washington National Opera, Fort Worth Opera, and the Baltic Chamber Opera Theater (Lithuania), amongst others. A graduate of the Moores School of Music at the University of Houston and the Graduate Musical Theatre Writing Program at New York University, he was recently recognized with a Festival Award in Opera in the 2014 Boston-International Contempo Festival. He is the recipient of the Max Dreyfus Award (2012) in recognition of his talent as a musical theatre composer and participated in the inaugural ASCAP Foundation Marvin Hamlisch Broadway Conductors Program. Currently, he is the Managing Director of CMASH, a new music repertory group dedicated to establishing long-term collaborative relationships between composers and performers. He is a member and advocate of the Dramatists Guild and ASCAP. www.johngrimmett.com


3rd Place:
JONATHAN KUPPER—La Mirada, CA
for
The Monkey's Paw, an opera of Gothic Horror
Jonathan N. Kupper is a composer, pianist, and professional musical director.  He has studied at Eastman, New England Conservatory, NYU (music theater writing program), and the University of Southern California (scoring for motion pictures).  Mr. Kupper has received numerous awards and scholarships including a commission-prize fellowship at Tanglewood, and the 2003 Carpenter Fellowship from BMI.  In 2010, his original one-act opera, The Monkey’s Paw, was selected as a finalist at the new works competition of Opera Vista, and enjoyed a full production in Pittsburgh later that year.  As a pianist, he has toured throughout the U.S. and Italy, and has previously served as Musical Director for: Back to Bachrach and David, The Sound of Music, A Christmas Carol, Nuncrackers, and Fiddler on the Roof (to name a few).  Mr. Kupper can be seen accompanying improv comedy, and he is the Director of Music at Buena Park First Congregational Church.

In 2007, Dr. De Pue was nominated for the Pulitzer Prize in Music, by the Board of Directors for the Hamilton/Fairfield Symphony Orchestra, because of his 35-minute composition for choir and orchestra entitled, The Bird, Frog and Tree Club. In April 2008, Dr. De Pue won a commission from the Michigan Music Teachers Association.


EVA KENDRICK—Providence, RI
for
The Break-Up
Eva Kendrick is a Boston area Music Director, Composer, Vocalist and Teacher. She composes in many mediums including opera, musical theatre, chamber music, song cycles and orchestral works. Awards include the 2014 Judith Lang Zaimont Prize from the International Alliance of Women in Music New Music Search, 15 ASCAPLU$ awards, a Subito Grant from the American Composers Forum, and a Massachusetts Cultural Council Grant. She is the Chair of the Music Theory & Composition Department and Composer-In-Residence at the Community Music Center of Boston; Music Director of First Parish Medfield; Professor of Voice at Dean College, and Director of the Eva Kendrick Voice Studio. Recent works include Operator, a full-length musical, and Disir, a chamber work based on the Norse Poetic Edda. She holds a Masters of Music in Composition with Distinction from the Longy School of Music. For more on Kendrick, please visit her website at www.evakendrick.com.