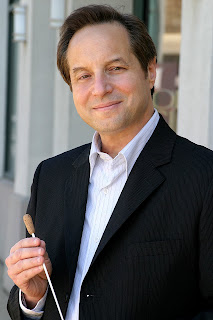 Gary Sheldon conducts the Lancaster Festival Orchestra which he founded in 1988. He is also principal conductor at the Festival at Sandpoint and he was recently appointed principal conductor of the Miami City Ballet. He is former music director of the Marin Symphony where he established the orchestra’s first educational concerts, symphony chorus, composers competition and annual composers symposium. He is a native of Bay Shore, New York and a graduate of the Juilliard School.
Posted by david at 4:38 PM