The American Prize is pleased to announce the WINNER and runners-up for The American Prize in Orchestral Programming—Maestro Vytautas Marijosius Memorial Award, 2012. (For other 2012 ensemble and conducting winners, please scroll up or down or use the archive feature to the right.)

From David Katz, chief judge: "The second annual contest for The American Prize in Orchestral Programming—Maestro Vytautas Marijosius Memorial Award, attracted some of the country's most persuasive and creative music directors—individuals who would be no more likely to program a concert with a standard overture followed by a standard concerto, followed by a standard intermission, followed by a standard symphony as they would be to conduct standing on their heads. These are conductors who recognize program-planning as central to the growth of their ensembles, the enrichment of their audiences and the future of the art.

In 2012, The American Prize has selected one national winner, three runners-up, a citation recipient and four honorable mentions. Each of these music directors is worthy of special recognition; each creates programs with the unique circumstances of their ensemble and their constituency clearly in mind. I hope to elaborate on their strengths in a future blog post. I applaud them all.

For nearly thirty five years Director of Orchestral Activities at the Hartt School, Vytautas Marijosius programmed concerts that were alive in every sense—not programming for novelty’s sake alone, nor neglecting the great masters of the past—but always bringing to the awareness of his students and his audiences great composers of the current time and potential masters of the future. I believe he would be pleased in different ways with each of this year's honorees." —DK 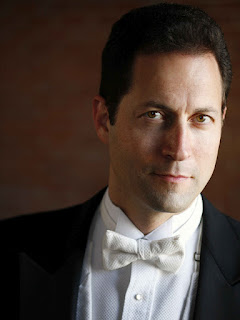 Lawrence Golan, 3-time Global Music Award winner, is currently in his second season as the Helen N. Jewett Music Director of the Yakima Symphony Orchestra. In addition, he is a tenured full professor at the University of Denver’s Lamont School of Music where he is Music Director and Conductor of the Lamont Symphony Orchestra and Opera Theatre. Golan guest conducts professional orchestras, opera, and ballet companies in the United States and around the world. Having conducted in 25 U.S. states and 16 countries, recent engagements include performances in Boulder, Macon, Memphis, Tucson, China, Czech Republic, Italy, Korea, and Taiwan. 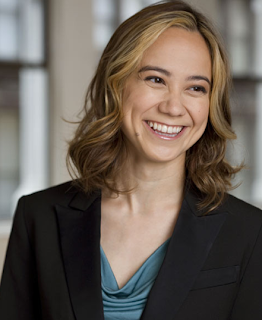 Tara Towson Villa is in her ninth season as music director of the Davidson College Symphony Orchestra in Davidson, North Carolina, and in her third season with the Lee County Community Orchestra in Sanford, North Carolina.  Villa has conducted various orchestras across the southeast, including the Union Symphony Orchestra, Macon Symphony Orchestra, and Hot Springs Music Festival Orchestra.  Abroad, Villa has worked with several orchestras across Europe and in Brazil.  She has won conducting competitions and contests in Bulgaria and Germany with the help of grants from the Global Partners Project and the League of American Orchestras. 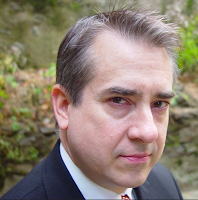 Timothy Hutto was appointed the music director of the New York Symphonic Arts Ensemble at the beginning of the 2007-2008 season. His New York conducting debut came with NYSAE in 2000, and subsequently he appeared annually as a guest conductor. Raised and educated in Texas, he holds degrees from Stephen F. Austin State University, the University of North Texas, and Sam Houston State University. From 1996-97, he was music director of the Huntsville Texas Youth Orchestra. In 2000, he was a fellow at the Conductors Institute at Bard College, where his teachers included Harold Farberman and Leon Botstein.

In the fall of 2006, Ken Selden was appointed Conductor and Music Director of the Symphony Orchestra at Portland State University. Since arriving in Portland, he has appeared as guest conductor of the Oregon Symphony, Third Angle New Music Ensemble, Portland Youth Philharmonic and the Newport Symphony. Most recently, his recording of Mahler and Debussy arrangements with the newly established Martingale Ensemble was released on MSR Classics. 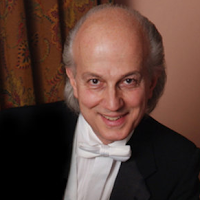 Richard Chiarappa is the founding music director and conductor of the West Hartford Symphony Orchestra of Connecticut (2002). As a composer, he completed his first opera in August, 2011, titled The Miraculous Staircase. His work prior to that was “Uncle Sal’s Cello,” a piece for orchestra and narrator. That was preceded by “The Gettysburg Address” for orchestra and narrator, published by Robert Wendel Music of New York City. Chiarappa studied orchestral conducting with Vytautas Marijosius at The Hartt School. Since 1979 he has been a faculty member at the Kingswood Oxford School in West Hartford. His music can be heard at www.cmpub.com.

Donald Appert has been Music Director/Conductor of the Clark College Orchestra since 1990. He has guest conducted orchestras in Europe, Central America, Japan and Australia. Currently he is a Professor of Music and Head of the Music Department at Clark College in Vancouver, Washington. In addition he is the Music Director/Conductor of the Oregon Sinfonietta in Portland, Oregon.  He received The American Prize in Orchestral Programming—Vytautas Marijosius  Memorial Award in 2011 for his work with the Oregon Sinfonietta. He has received the  ASCAPLUS Award numerous times. His music may be heard via the Internet on his web site at www.maestroappert.com. 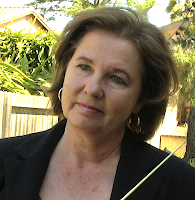 Ms. Dreiling is honored to have been awarded second prize in The American Prize Competition for her conducting of the YPO Philharmonic String Orchestra and Soloist Ensemble in the 2011 Competition. Presently Ms. Dreiling is on the faculty at University of San Diego and USD Chamber Music Festival and is violinist with Trio Licenza, the piano trio, in residence at USD,she also performs a violinist with Quartetto Sorrento ,and she is the violinist with The California Consort, founded by legendary contrabassist, Bertram Turetzky. Violinist, Alyze Dreiling was born in Detroit, Michigan.  She began her studies with Mischa Mischakoff. Ms. Dreiling graduated from Indiana University where she studied with Josef Gingold. Since then she has appeared as soloist with the Detroit Symphony, Philharmonica Hungarica at the Vienna Summer Festival, the Florida Chamber Orchestra, Knoxville Symphony, Knoxville Chamber Orchestra. Ms. Dreiling was founding Artistic Director/ Conductor of Classics for Kids. Alyze served as the Violinist/Conductor of the International Chamber Players at USIU. She has played concertmaster for Donna Summers, Smoky Robinson, Dionne Warwick and Tom Scott, to name a few and for shows at the Old Globe, Civic Auditorium, LaJolla Playhouse, Lawrence Welk and Starlight Theater. She has also played with San Diego Symphony, San Diego Chamber Orchestra, Hutchins Consort. 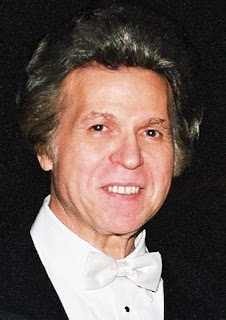 Victor Wahby, MD, Ph.D., FACP is a Renaissance man. Trained in medicine and music, he studied conducting with Joseph Sissi, the Vienna-trained conductor of the Cairo Symphony Orchestra. At Mayo Clinic he conducted the Mayo Medical Chorale and Orchestra, and while on Yale Medical School faculty he conducted the Yale Medical Musical Group, the forerunner of the current national group he founded. The Washington Post praised Dr. Wahby for his "sincere interpretations of music."  Dr. Wahby composed the award-winning Veterans Hymn.  He is the recipient of many recognitions, a Congressional Tribute and, dearest to his heart, awards by various veterans organizations.

*****
Congratulations to all honorees.