The American Prize winner:
Emily Marvosh   (Cambridge, MA)
Emily Marvosh, contralto, is gaining recognition as a skilled performer of oratorio and opera, with a “flexible technique and ripe color,” and “smooth, apparently effortless vocal display.” She has recently appeared as a soloist with the Handel and Haydn Society, Opera Boston, Boston Lyric Opera, and Longwood Opera; she is also a frequent soloist with the Marsh Chapel Bach Cantata Series. Forays into new music include world premieres with Juventas New Music and Intermezzo Chamber Opera.  She is a founding member of the Lorelei ensemble, promoting new music for women.  Of a recent Lorelei world premiere, one critic wrote, “Marvosh, whose stage presence was a joy to behold, offered a tone that had the velvety soulfulness of a cello…”

Among judges' comments: "Her overall tone quality is warm without being covered. The ease with which she negotiates her passaggio is notable..."


2nd Place:
Kristina Bachrach   (Nashville, TN)
Kristina Bachrach is a soprano making a name for herself in New York City and around the country. Originally from Holliston, Massachusetts, Kristina currently resides in Nashville where she is a member of Nashville Opera’s Mary Ragland Young Artist Program. In Nashville she has appeared as Clorinda in Rossini’s La Cenerentola and Papagena in Mozart’s Die Zauberflöte. In November of 2011 she created the role of Lucinda in the world premiere of Nico Muhly's opera Dark Sisters with Gotham Chamber Opera and in June of 2012 appeared in the same role with the Opera Company of Philadelphia. During the summer of 2012 she attended the Tanglewood Music Center as one of their Soprano Fellows. While at Tanglewood she performed in Arnold Schoenberg’s Pierrot Lunaire. That same summer she appeared with the Berkshire Choral Festival and Springfield Symphony as Lisette in Puccini’s La Rondine. In the summer of 2013 she will return to Tanglewood Music Center.


3rd Place:
Abigail Krawson   (Jamaica Plain, MA)
Abigail Krawson most recently sang the soprano solo in a performance of Poulenc's Gloria with the Masterworks Chorale. She also was recently seen as a Gypsy in Rachmaninoff's Aleko with Commonwealth Lyric Theater and cover to the role of Despina in Cosi fan tutte with NEMPAC Opera. In 2011 Ms. Krawson was a young artist with Boston Early Music Festival and during that same year, portrayed L’Eternità in Harvard Early Music Society’s production of La Calisto. A graduate of the New England Conservatory, she performed the roles of Second Woman in Dido and Aeneas and Pamina in The Magic Flute (Opera Outreach).  In Boston, she serves as a co-director for Opera on Tap, an organization dedicated to promote opera as a viable, living and progressive art form deserving a place on the American cultural landscape. Abigail is currently rehearsing for The Merry Wives of Windsor with Boston Midsummer Opera, as well as the soprano solos in Carmina Burana and the Brahms' Requiem with Chorus Promusica. For more information please visit www.operabby.com. 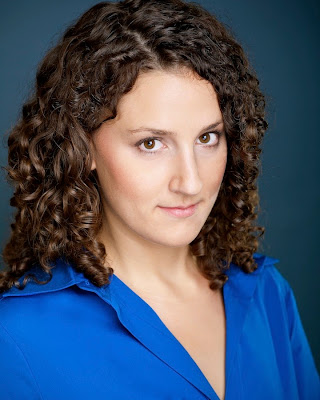 Award winning Mezzo-Soprano Courtney Miller is the 2013 winner of the National Federation of Music Clubs’ Young Artist Competition in Women’s Voice.   A New England Regional Finalist in the Metropolitan Opera Auditions, Ms. Miller has twice been the recipient of the Rislov Foundation Award for her "excellence and promise as a classical musician," and is a current Career Bridges Encouragement Grant recipient.

Ms. Miller will be joining Virginia Opera as a Resident Artist for the 2013-14 season.  There, she will sing Meg Page in Falstaff, Third Lady in The Magic Flute, Mercédès in Carmen while covering Carmen, Dryade in Ariadne auf Naxos while covering the Komponist, and covering the Beggar Woman in Sweeney Todd.  This spring of 2013 Ms. Miller sang the role of Sister Helen in the New England premier of Dead Man Walking.  Additional career highlights include the title role in L’enfant et les sortilèges, Concepción in L’heure Espagnole, Alisa in Lucia di Lammermoor, Romeo in I Capuleti e i Montecchi, the Witch in Hansel and Gretel, and Nancy in Albert Herring.  She has sung with Chautauqua Opera. Boston Lyric Opera, Ohio Light Opera, Seagle Music Colony, and Juventas New Music Ensemble.  A Wisconsin native, Ms. Miller holds degrees from the University of Michigan and the Boston Conservatory.  www.courtneyallycemiller.com

Among judges' comments: "There is a presence about your voice and interpretation that is top-notch in this category. The voice seems natural and free..."

Clare Demer is a 19 year old Vocal Performance major at University of Arizona in Tucson, AZ.  Clare began her music studies with piano at age 6 and discovered her love for singing when she was 13.  In 2009 and 2010 she sang with the Youth Choral Academy, as part of the Oregon Bach Festival.  In 2011, she attended the Walnut Hill Summer Opera Intensive in Natick, MA, and Italy, and in 2012 the Saarburg Chamber Music Festival in Saarburg, Germany.  A student of Dr. Kristin Dauphinais, Clare was the 1st place winner in The American Prize in Vocal Performance, Art Song Division (High School) in 2012, winner of the Shirley Rabb Winston Voice Competition in 2012 and 1st place winner of the Amelia Rieman Opera Competition in 2013.

Among judges' comments: "The Liebeslied by Schumann is accentuated by the naturalness and purity of your sound, which features a floatiness and lift found in more mature singers."

Among judges comments: "You have a nice float upward, phrase shapes, and attention to text.  Also, there is a requisite feel for these songs."

The American Prize winner:
Emily Pogorelc   (Whitefish Bay, WI)
Emily Pogorelc is 16 years old and a junior at Whitefish Bay High School in Wisconsin. She has been studying voice since the age of 9 and currently studies with Julia Faulkner. In the past year, she was awarded first place at the Classical Singer Magazine Competition, Music Teachers National Association Competition, the Schmidt Competition and the Walgreen's National Concerto Competition as well as winning first place at Wisconsin NATS. This year, Emily won a place in the Florentine Opera High School Master Class Competition. Emily has performed with the Florentine Opera, Skylight Opera and Opera a la Carte and attended Walnut Hill's summer intensive program in 2012.

Soprano Olivia Boen is a 17-year-old senior at Oak Park River Forest High School in Oak Park, IL. A student of Elizabeth Gottlieb, Olivia was a semi-finalist at the 2012 Classical Singer Competition, a prize winner at the 2012 NATS competitions, and will make her WFMT "Introductions" radio debut in April, 2013. Olivia is a Junior Division and Bravo Award winner of Chicago's 2013 Bel Canto Foundation. As a member of the Chicago Children's Choir, she has been a featured soloist with the prestigious Concert Choir, Madrigals, and Voice of Chicago groups. Olivia has attended summer programs at Interlochen, Lamont School of Music, University of Michigan MPulse, the 2012 Oberlin VAHS, and has had the privilege of performing in Master Classes with Nicole Cabell and Renee Fleming. As the daughter of members of the Lyric Opera of Chicago orchestra, Olivia looks forward to continuing the family musical tradition when she will begin studying as a Vocal Performance major at the Oberlin Conservatory of Music in the fall.

Among judges' comments: "what a lovely quality in your voice.  You have an appealing tone and sensitivity…"

Music is high school senior Emily Peterson’s passion. She has studied piano since age five, joined her first choir at ten, developing an enduring love of playing the piano and singing jazz, bossa nova, classical, and Renaissance music. In addition to solo performances at weddings and other events, her current vocal opportunities vary from San Rafael choir section leader, La Jolla Symphony Chorus soprano, and Westview High School choir president and soprano section leader. A member of seven choirs, she performed twice at Carnegie Hall in 2012. Emily has moved four times, the travels taking her to several European countries and numerous US states before settling in San Diego .

Among judges' comments: "The Copland contains fine phrasing and sense of legato line…What a fine instrument you have!"


***
Congratulations to winners and runners-up.