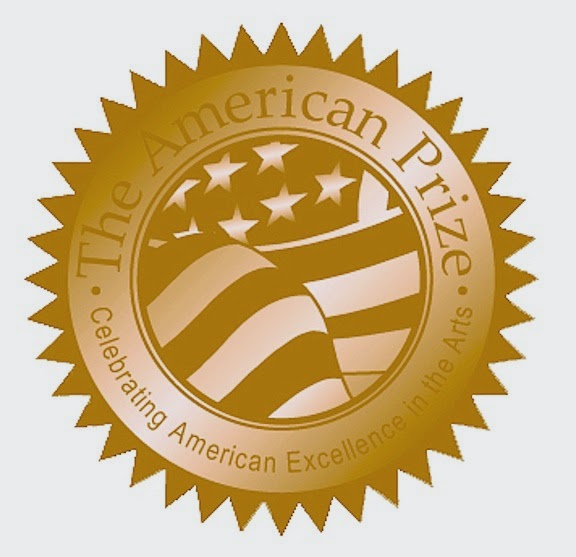 The American Prize in Directing

The American Prize winner:
LINDA LISTER, director
for "Sancta Susanna" and "Suor Angelica"
UNLV Opera
Las Vegas, NV
Linda Lister is Phi Beta Kappa graduate of Vassar College and the Eastman School of Music. She has directed UNLV Opera Theater’s productions of La Canterina, The Impresario, Carmen, The Fairy Queen, L’elisir d’amore, Suor Angelica, Sancta Susanna, and Ariadne auf Naxos. She has also directed productions of The Merry Widow, Hansel and Gretel, Cendrillon, The Medium, The Old Maid and the Thief, Dialogues of the Carmelites, Orpheus In the Underworld, Gianni Schicchi, Dido and Aeneas, Roman Fever, Orpheus and Eurydice, Bastien and Bastienna, and The Gondoliers. Also a composer, she has written several one-act operas, including How Clear She Shines! about the Brontë sisters. Dr. Lister serves on summer faculty of the Druid City Opera Workshop, and is the Opera Director at the University of Nevada, Las Vegas. A certified CorePower Yoga instructor, Dr. Lister is author of Yoga for Singers: Freeing Your Voice and Spirit through Yoga (2011).

Among judges' comments: "…this is a riveting production that gets to the core of the opera…"

Kristina Keener Ivy, producer and director, is a former high school choir director turned professional performer and private music instructor. She has performed with various jazz bands, as a member of various church worship teams, on three film soundtracks, and in numerous musical theater productions throughout the Southwest. She has also worked as a musical director for over 20 local productions including Peter Pan, Beauty and the Beast, Seussical and High School Musical. Four years ago she founded Top Billing Entertainment Performance Academy and their first two productions were nominated for 12 National Youth Arts Awards and won three. She is looking forward to producing many more main stage productions and touring shows with Top Billing Entertainment.

Among judges' comments: "No time lags at any point. Excellent throughout."


3rd Place:
DANIEL ELLIS, director
for "Griffelkin"
Project Opera
Minneapolis, MN
Stage Director Daniel Ellis continues to garner wide attention for developing new work with renowned artists while bringing innovative theater and opera to wider audiences.   A graduate of The New School for Drama in New York City, Daniel has directed over 10 world premieres including the Off-Broadway production of Frank Gagliano's, Dancing with Joy. His co-directed production of Scarlet Woman received the 2011 Best of Fest Award at the Winnipeg Fringe and Edmonton International Fringe Festivals. Stay Tuned, featuring the vocal ensemble Five By Design, premiered with the Arkansas Symphony and has been performed with over 25 symphony orchestras. Daniel was named Artist in Residence for the Minnesota Opera 2012-2014 seasons collaborating with artists including Kevin Newbury on the world première of Doubt, Thaddaeus Strassberger, and Eric Simonson on a new production of The Dream of Valentino. Daniel is an associate member of the Stage Directors and Choreographers Society.

Among judges' comments: "….a balanced piece…clear direction throughout."