AMAZING NIGHT at Symphony Center, Chicago, for The American Prize 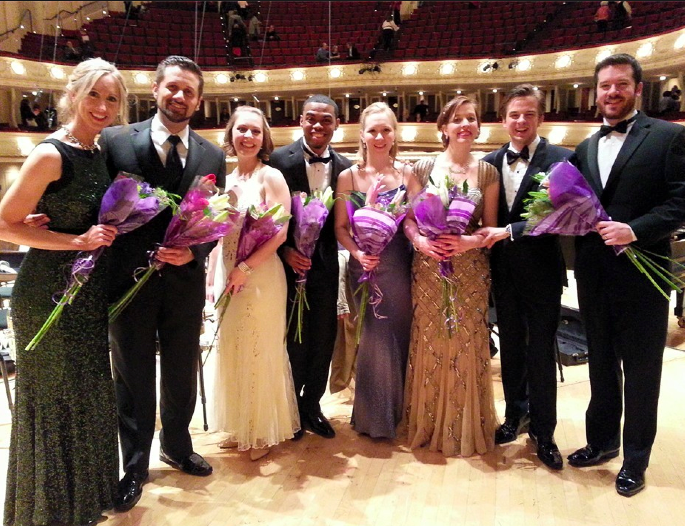 Will "SOMETHING WONDERFUL", featuring eight soloists from THE AMERICAN PRIZE in the music of Rodgers and Hammerstein, sell out at Orchestra Hall, Chicago?

Will "SOMETHING WONDERFUL" sell out at Orchestra Hall / Symphony Center, Chicago on April 26th?
It certainly should!

If the reaction of the sold-out crowd at Elgin, Illinois' Blizzard Theater a couple of weeks ago—where the Chicago Bar Association Symphony Orchestra & Chorus, the Elgin Master Chorale and soloists performed "Something Wonderful: the music of Rodgers and Hammerstein" under the baton of TAP chief judge David Katz—is any indication, the Chicago audience for SOMETHING WONDERFUL on Sunday, April 26th at Orchestra Hall, Chicago, is going to have a terrific time!

The huge Elgin audience was tumultuous from the first note of the "Carousel Waltz" to the last chord of the "Oklahoma" encore an hour and a half later: they stood, and cheered, and sung along, and even did the hand gestures in "Do, Re, Mi!"

Here are some photos from the Elgin concert, to give you an idea.

All photos courtesy of Mark Bergeron.
Posted by david at 1:20 PM No comments: