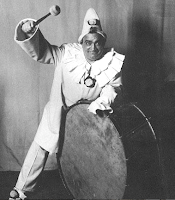 The American Prize in Opera Performance, 2015


2nd Place:
Indiana University of Pennsylvania
Tania Arazi Coambs, director    Indiana, PA
for The Tender Land
Tania Coambs is the the director of opera and musical theater in the music department at Indiana University of Pennsylvania. She explained why she chose to put “The Tender Land” on for the IUP students and faculty. “I was drawn to this story because it is something that most college students can relate to: having to make choices about what to do with their lives, thinking about leaving home for the first time and breaking away from the things that maybe their parents want for them, but what they themselves don’t want,” Coambs said. The cast is made up mostly of students at IUP who auditioned last spring and spent the summer. For a lot of the students involved, it is their first time performing in an opera. For the others, such as some of the principal characters, it is their first time singing in a full-length opera. Meagan Shaw (senior, music) plays Ma Moss. She described what is like to go from being a musician to an opera singer and actress. “Participating in the show is a great experience,” Shaw said. “This is definitely out of my comfort zone, since I am a trumpet major. I have learned so much about singing and acting over the semester. The biggest challenge for me was putting a lot of emotion into my acting.”


3rd Place:
Sam Houston State University
Rebecca Renfro Grimes, director        Huntsville, TX
for L'enfant et les sortileges
SHSU Opera is a 25-member collegiate performing group comprised entirely of undergraduate singers.  The focus of this ensemble is to provide performance training for young musicians who wish to pursue opera studies after their undergraduate career.  SHSU Opera’s yearly performance schedule includes one scenes program, one full production, and one summer intensive.  In addition, this group represents the SHSU School of Music in various outreach events in the region.  SHSU Opera was awarded the 2015 American Prize for Collegiate Opera Production, and second place in the 2015 National Opera Association Music Theatre scenes competition. The ensemble was also a finalist in the NOA Opera Scenes Competitions in 2011, 2012, 2013 and 2014.  This 2015 production of Ravel’s L’Enfant et les Sortileges represents a collaboration with the SHSU Department of Dance, and features the choreography of SHSU Dance professor Dana Nicolay and costume designer Barry Doss.  SHSU Opera is under the direction of Rebecca Renfro Grimes.