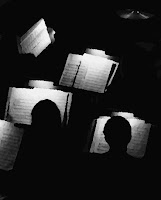 The American Prize winner:
Baylor Symphony Orchestra
Stephen Heyde, music director    Waco, TX
The Baylor Symphony is dedicated to the quality performance of the orchestral repertoire and to the professional and artistic growth of its’ members. The ensemble has performed at the Texas Music Educator Convention eight times and appeared in a PBS Special aired nationally with an estimated audience of six million viewers.  Other significant performances include concerts at the Piccolo Spoleto Festival and at national conventions of the American String Teachers Association and the College Orchestra Directors Association.  The Baylor Symphony has worked with many distinguished performers including Van Cliburn, Robert Shaw, Joseph Gingold, Corey Cerovsek, Jacob Druckman, Lorin Hollander and Peter Schickele among others. International tours include Costa Rica in 2004 and the Flanders region of Belgium in 2010.  The Orchestra was named winner of the 2014 American Prize in the University Orchestra category.

The Western Michigan University Symphony Orchestra was named "Best Classical University Symphony Orchestra" in Downbeat magazine's 2005 nationally recognized student music awards competition. The orchestra performed the final movement of Beethoven's Symphony No. 9 "Choral" to much acclaim at the opening concert of the 1999 Midwestern Music Conference in Ann Arbor's Hill Auditorium and presented a featured concert at the 2008 Michigan Music Conference. In 2014, they performed the entire Nutcracker Ballet with the Moscow Ballet Company.

Under conductor and Professor of Cello, Bruce Uchimura, the University Symphony performs orchestral masterworks, features internationally recognized and WMU faculty soloists, and collaborates with touring ballet companies and popular culture artists. They present a six-concert season each year, which includes classical and Pops concerts. In 2014, the WMU orchestra gave a special performance of Richard Danielpour’s Requiem. The WMU Orchestra also features the Silver Medalist of the Stulberg International String Competition each year.

The Bob Jones University Symphony Orchestra, one of three orchestras at BJU, exists to inspire artistic excellence in performance as a display of God’s glory and His gifts to man. Auditions are open to all students in the University regardless of major program of study. The Symphony has a long and rich tradition of presenting masterworks from the orchestral repertoire; recent performances under the direction of Michael W. Moore have included John Adams’ Short Ride in a Fast Machine, Ludwig van Beethoven’s Symphony No. 1., Brahms’ Symphony No. 1, and Camille Saint-Saens’ Violin Concerto No. 3 with David Kim, soloist. http://www.bju.edu/life-faith/student-organizations/orchestra.php