HONORED ARTISTS of The American Prize, 2019

The 2019 HONORED ARTISTS of The American Prize are:
Photos and biographies of these artists may be found below.

Previously inducted Honored Artists of The American Prize include: 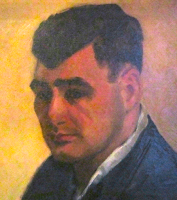 Honored Artists of The American Prize are awarded in memory of Maestro Katz's father, Abraham R. Katz, a gifted amateur musician, who died in 1999.


Oliver Caplan, composer and artistic director,
Medford, MA
Award-winning American composer Oliver Caplan writes melodies that nourish our souls, offering a voice of hope in an uncertain world. Inspired by the resiliency of the human spirit and beauty of the natural world, his music celebrates stories of social justice, conservation and community. Mr. Caplan’s works have been performed in over 125 performances nationwide. He has been commissioned by the Atlanta Chamber Players, Bella Piano Trio, Bronx Arts Ensemble, Brookline Symphony Orchestra, Columbia University Wind Ensemble and New Hampshire Master Chorale, among others. Winner of a Special Citation for the American Prize in Orchestral Composition, additional recognitions include two Veridian Symphony Competition Wins, the Fifth House Ensemble Competition Grand Prize, seven ASCAP Awards, and fellowships at VCCA and the Brush Creek Foundation. Recordings of Mr. Caplan’s music include his 2017 release You Are Not Alone, which has been featured on Apple Music’s Classical A-list, 2012 debut album Illuminations and a track on the Sinfonietta of Riverdale’s 2016 album New World Serenade (Albany Records).

Mr. Caplan is the Artistic Director of Juventas New Music Ensemble. He holds degrees from Dartmouth College and the Boston Conservatory, is a voting member of the Recording Academy, and resides in Medford, Massachusetts.


Gregory Fritze, composer, Daytona Beach Shores, FL
Gregory Fritze is a prize-winning composer and Fulbright Scholar. His compositions have been performed more than one thousand times in twenty-six countries. He has written over ninety compositions for orchestra, band, chamber ensembles and soloists.  He won over sixty composition awards including First Prize in 2017 WASBE (World Association of Symphonic Bands and Ensembles) Composition Contest, First Prize Winner in Concurso Tenerife, Spain and others. Several professional ensembles have commissioned and played his music including the Rhode Island Philharmonic, The Army Band “Pershing’s Own”, The Banda Municipal of Madrid, and others. His music is published by several publishers in the US, South America and Europe and recorded on Albany Records, MSR Classics and others. He has been a guest lecturer at many universities and music festivals in the United States, Canada, Japan, South America and Europe. He taught at Berklee College of Music as Professor and Chair of Composition from 1979 to 2016. He has Composition degrees from the Boston Conservatory and Indiana University with Distinction.


Tara Villa Keith, conductor, Davidson, NC
Tara Villa Keith is in her sixteenth season as music director of the Davidson College Symphony Orchestra (DCSO) in North Carolina and in her tenth season as music director of the Lee County Community Orchestra (LCCO) in Sanford, North Carolina. As an associate professor of music, she teaches a plethora of college courses and is a guest lecturer and clinician throughout the region. Tara also serves as a cover conductor and instructor for the Charlotte Symphony Orchestra’s Symphony 101 adult education program. Tara has won national awards for her work with both the Davidson and Lee County orchestras, and has guest conducted orchestras throughout the south, northeast, and abroad. In 2008, she was the recipient of a League of American Orchestras Women Conductors Grant. Tara holds degrees from Franklin & Marshall College, the Pennsylvania State University, and the University of South Carolina. Please visit her website at taravillakeith.com.


Darren Lawson, stage director and producer,
Greenville, SC
Dr. Darren P. Lawson is dean of the School of Fine Arts and Communication at Bob Jones University in Greenville, SC.  He has a BA in Rhetoric and Public Address from Bob Jones University, an MA in Platform Arts from Bob Jones University, and PhD in Communication Studies from the University of Kansas.  He is a member of the University Classic Players and has portrayed such roles as Cyrano in Cyrano de Bergerac, Leontes in The Winter’s Tale, Henry in King Henry IV, Duke of Buckingham in Richard III: The Terrible Reign, Bottom the Weaver in A Midsummer Night’s Dream, Macduff in Macbeth, Jaques in As You Like It, Feste in Twelfth Night, and many others.  He stage directs for the Bob Jones University Opera Association with productions including Little Women: The Broadway Musical, Aida, Samson et Dalila, Andrea Chenier, Mefistofele, L’Elisir d’Amore, Rigoletto, Il Trovatore, and Simeon.  http://www.bju.edu/events/fine-arts/concert-opera-drama/archive/


Susan Merdinger, pianist and chamber musician, Highland Park, IL
Steinway Artist, Susan Merdinger has been internationally acclaimed in prestigious newspapers and journals for her stunning performances. Among her many honors, Merdinger is a two-time First Prize Winner of the Bradshaw and Buono International Piano Competition in Professional Solo and Duo Piano, a two-time Gold Medalist of the Global Music Awards, Winner of Best Classical Album in the Clouzine international Music Awards, Winner of the Dewar’s Young Artists Award in Music, Winner of the Artists International Young Musicians Competition, and 2nd Prize Winner in the American Prize for Chamber Music. Performing her sold-out solo recital debut in Carnegie Recital Hall at age twenty-four, Merdinger has continued to grace the stages of some of the world’s best concert halls. She has appeared as soloist with professional orchestras such as the Chicago Philharmonic, the State Symphony Orchestra of Mexico, the Adelphi Chamber Orchestra, the Ridgewood Symphony, the Rockland Symphony and the Northbrook Symphony and has been a frequent Visiting Artist of the Chicago Symphony Orchestra Chamber Music Series. Merdinger’s live performances and recordings have been broadcast worldwide on WQXR, WFMT, BRT-3 (Belgian National Radio), NPR and BBC Television. Merdinger received her formal education at Yale University, the Yale School of Music, and the Manhattan School of Music. She is on the Faculty of Summit Music Festival in New York, Burgos Music Festival in Spain, and is Founder and Artistic Director of Sheridan Music Studio LLC, The Five Greene, Sheridan Solisti, and Pianissimo! Ensemble.


Allentown Band, Ronald Demkee, music director, Allentown, PA
A prominent feature of nineteenth-century musical Americana was the concert band, and the Allentown Band has kept that tradition alive since 1828. Drawn from within a fifty-mile radius, the band’s musicians, as different as their backgrounds, share one common goal: to create and preserve concert band music at a level of excellence rarely heard from a community band.

All members of the Allentown Band approach their music-making in a professional manner, though none makes his or her living from music performance alone. Many, however, are teachers of music in schools and in private studios. Some teach a variety of subjects unrelated to music. Others are engaged in engineering, accounting, sales, insurance, medicine and dentistry, or in various office work or building trades. When they meet to perform, however, whether in a public park setting, retirement community, or in Carnegie Hall, both age and daytime vocation disappear. All effort is concentrated, striving for integrity, inspiration and impact whether performing an overture transcribed from opera, a modern composition written especially for concert band, or a Sousa march.

A typical Allentown Band schedule includes roughly forty-five yearly performances. The venue fluctuates, from concert stage to city park, from church picnic to university commencement, from Allentown’s Miller Symphony Hall to New York’s Carnegie Hall. The band realizes the importance of engaging and encouraging our youth, and is committed to Education Outreach, that includes annual free concerts for the greater Lehigh Valley’s elementary and middle school children and a yearly “Side-by-Side Concert,” where talented secondary-school student musicians perform a concert “side-by-side” with the band.

The Allentown Band is recognized worldwide, having appeared on Good Morning America, and The American Experience in a feature called “If You Knew Sousa;” and is heard regularly on radio both regionally and as far away as Sydney, Australia, on a program called “Music That’s Band.” The band has made four European concert tours, performing in Switzerland, Austria and France. The band has recorded 31 Volumes of “Our Band Heritage which have reached listeners in all 50 states and 24 countries.

The honors. awards and accolades accrued by the Allentown Band over the years at local, state and national levels, are too numerous to list here, so perhaps the City of Allentown’s “Arts Ovation Award” presented to the band “for significant contributions to the cultural life of the community” will provide a succinct if not comprehensive summary.

***
Congratulations to all our honorees.